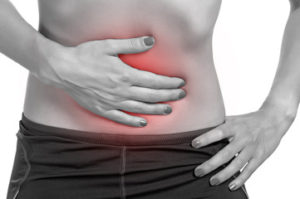 A colectomy procedure involves the removal of part of the colon or the entire colon, depending on the nature of the disease. Colectomy is used to treat a variety of diseases, including:

If a colectomy is recommended for a benign or non-cancerous growth, it is usually because that growth is symptomatic in some way (bleeding or causing a blockage) or it can be used to prevent the growth from progressing into a cancer. In the case of diverticulitis or inflammatory bowel disease, colectomy can be used to remove any segment that is affected by severe inflammation or infection.

When it is cancer

When a colectomy is needed to treat a malignant (cancerous) tumor, the surgeon must remove both the tumor and the vascular and lymph structures supplying that portion of the colon. This operation can offer a cure in some cases, depending on the stage of the cancer. Patients who have a colectomy for cancer treatment will meet with an oncologist soon after they have recovered from surgery to determine if chemotherapy, radiation or other additional treatment is necessary.

A colectomy can be performed as a conventional open surgery or laproscopically. At Central Jersey Surgeons, we recommend the minimally invasive laparoscopic surgery for our colectomy patients.

Benefits of the laparoscopic colectomy

A laparoscope (tiny telescope) connected to a video camera can be placed through a cannula into small incisions and give the surgeon a magnified, lighted view of your internal organs on a monitor. The advantages of a laparoscopic colectomy can include:

Not every patient is eligible for laparoscopic colectomy

Several factors are considered including:

Learn more about the colectomy procedure